Let us ponder for a moment the death of Jesus Christ.  Why did Christ die? Well, simply put, to release the bondage of sin holding man captive from a life living in freedom in a world full of sin.  Man, Adam, committed sin against God. Why did this happen?  He was tempted by Satan and believed the lie that Satan told him, he (man) was in control and that it was ok to fulfill the desires of his (man) heart. From that point on, man was imprisoned in a life bound by sin. The only way to receive repentance of sin before Christ was to sacrifice the blood of the purest lamb. Today, we know that Christ was the last sacrifice that God required to release man from the bondage (imprisonment) of sin. No, God did not require our lives as the mandated sacrifice, but the life of His own son, the greatest sacrifice. The death of no other could have accomplished such a task.


The Bible says that God is a just God,  Ecclesiastes 3:17 " I said to myself, God will bring into judgment both the righteous and the wicked, for there will be a time for every activity, a time to judge every deed".  The author of Ecclesiastes is unknown.  "The book reflects a time of despair. The promises of the covenant God made with man seem distant, the glories of the nation of Israel forgotten, and the hope of the prophets lost. The poet who wrote the book, even in the midst of gloom, discovers the rich truth described in the other books of wisdom (Job and Proverbs). The "fear of God" is the only sure foundation for building one's life (Job 28:28, Proverbs 1:7). Ecclesiastes shares that the only hope to endure is to fear and obey God (Arnold and Beyer, 1999, p. 326). The fear mentioned here is man's reverence, or respect for the presence of God. Such respect is given when one understands that God's existence is real. Most people in the Christian faith in the United States are in the same place as Israel was in the time of Christ's ministry. Complacent, apathetic, self centered and unchanged by the word of God.  The Israelites were without hope. They had the Messiah right before them and did not know it. Why? They were not serving God but serving self.  God was dethroned and man placed on the throne. Their relationship with God lacked intimacy.


Today, those claiming Christ must step up to the plate and live out their lives for Christ. Complete the journey of transformation. But many are stuck. We must turn back to Christ and obey Him.  We are like the fisherman who think we know how to fish better than He does. We cast the net on the wrong side of the boat.


If there is any possible truth that God (Father, Son, Holy Spirit) exists, then one must understand that Satan exists as well. If that is so, which I can contest is true, that it would be better to error on the side of truth that on the side of a lie (God does not exist)?  Well, I guess that would depend on your perspective. If you were to be in a room that is filled with darkness, and required to move about the room (standing still would bring certain death) and you have never been in that room before, would you have complete trust in yourself to believe that there would be nothing in the room to harm you?  How could you know? Well, you could listen, smell, touch or feel around. Sure, that could help you, but you know as well as I do, your pace would be slow and greater risk for injury is present. The best method to know what exactly is present in the room would to have a light allowing your eyes to see.  But the next problem that presents itself is your source of light.  How bright is it? How well does it pierce the darkness? How long will it last?  Very important things to consider when choosing a light Psalm 119:105 "Thy word is a lamp unto my feet, and a light unto my path." 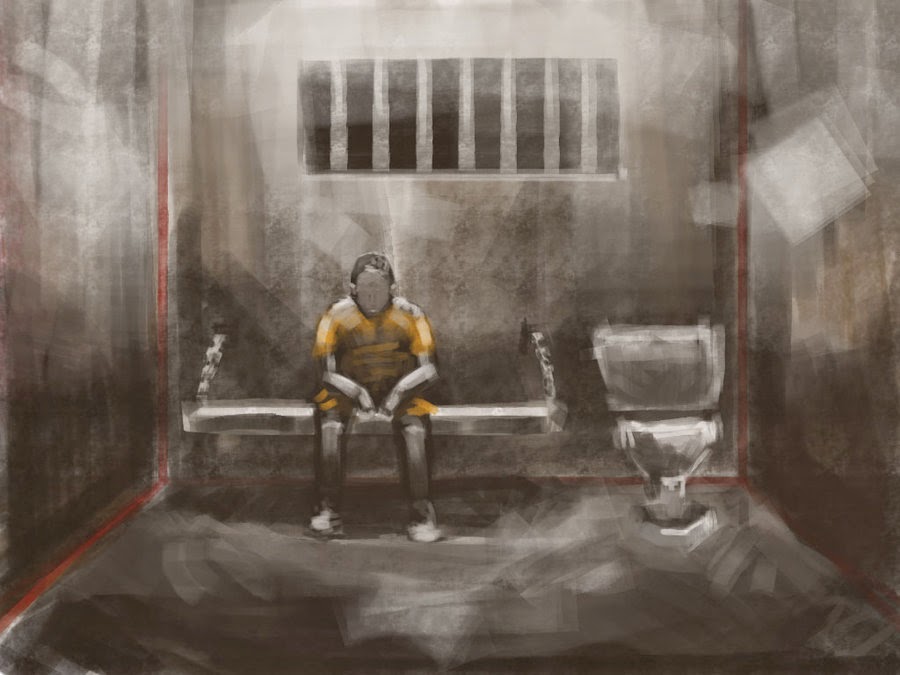 Darkness brings a certain sense of loss of control much like sin. I have heard before of sin as being compared to a prison cell.  How does one end up in a prison cell?  Well, either he or she is sentenced or just visiting someone they know.  At times, you or I can feel imprisoned. The "cell" may be an anger, guilt, shame, or unforgiveness of some sort. As human beings, we cannot escape these emotions. We are emotional beings. These emotions can keep us in a state of immobility like a pair of handcuffs keeping you from freely moving your hands. This immobility acts as a sort of refuge or stronghold. Strangely enough, a person may find security while being imprisoned. The fact is, this sense of safety in a false sense of security. While thinking all is well, the longer one stays in the cell, the more familiar and secure they become, unwilling to leave, even if the opportunity for freedom is provided. How strange! At first, one did not want to be placed in the cell because of the innate understanding or desire to be free, but after a while, becomes conditioned, or accepting of the cell.  Look inside for a minute. Look deep into yourself if you can.  Step in to your inner most place. If you look out, what do you see?  Are you looking through bars of a prison door enclosed by impenetrable walls and steel bars, or are you in a place of openness, free from the chamber?

Galatians 5:1 "It was for freedom that Christ set us free; therefore keep standing firm and do not be subject again to a yoke of slavery." How many people do you know, that if locked in a prison cell, if given a key to the cell door and the security of knowing no penalty would come to them if they opened the door and allowed to walk away from the cell and out to freedom, would not do it?  I guess that depends on your convictions or consciousness. If you are not consciously aware that you are in a prison cell, you would wonder why someone is giving you a key to freedom.  Well, surprisingly enough, there are many, who if given a chance to know that their debt to society which caused their imprisonment was paid, and the cell door opened, would not walk out or take the opportunity. You might be asking why?  Well, it goes back to the sense of security.  These people may have never known what freedom is like. Maybe they have been locked into the cell prior to understanding it's presence and consequences. After becoming accustomed to the reality, one looses hope to ever experiencing freedom, like others they see just outside the window. 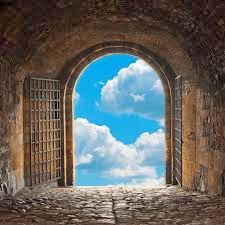 What separates one from freedom? The cell? The closed, locked door? The key to the door? or the will to allow oneself to accept the reality of being in a prison cell, the dread of being in it, and the desire to leave if given the chance?


The world we live in provides little truth. There is hardly any contrast between right and wrong, good and evil, sin and righteousness. Why? Well, the answers are numerous. Depends on your perspective. As Christians, we are to provide a contrast, or divide between life without Christ and a life with Christ.  As a Christian, do I know how to be that contrast?  Other than the acknowledgment of salvation, have you decided to live a life that bears fruit, or evidence of Christ in you?  Or, are you still locked or find false security in the prison of a stronghold that keeps you from experiencing true freedom, a freedom lived only by being transformed more and more each day into the likeness of Christ?   Transformation does not come without a cost. It cost Christ the right to Himself.  Are you willing to pay that price? Are you willing to step through the door out of the stronghold of your sin and into the stronghold (security) of Christ?  Proverbs 18:10, "The name of the Lord is a strong tower; The righteous runs into it and is safe".


The Bible tells us that we, sons and daughters of God are not of this world but in it. Romans 12:2 "And do not be conformed to this]world, but be transformed by the renewing of your mind, so that you may prove what the will of God is, that which is good and acceptable and perfect".  As followers of Christ, we are to live according to His instructions, in an intimate relationship with Him so that we are capable of living in freedom and be a contrast or light in the darkness leading those who cannot see to a path of freedom. What gives us the strength to such work, the power of the resurrected Christ. The same power that ripped the veil that separated man from God. The same power that shook Satan in his boots when Christ showed up in hell and told him he has no power over His people, the same power that resurrected Christ from the prison of death. The same power that provide a key to open the lock to the door that imprisons those in the cell of despair. Are you alone in the darkness of life without Christ? Do you say you know Christ but are not experiencing freedom? Enter into a new life living free with Christ. Not freedom to do what you want, but surrendered to do what God wants. Live a life totally surrendered to Him, willing and able to fulfill the Great Commission and live the two great commandments.