Showing posts from April, 2014
Show all

- April 27, 2014
Provers 16:9 "The mind of man plans his way, but the LORD directs his steps". In the midst of transformation, there comes a time when you or I are given the opportunity to  do something the LORD has called us to do. We are called to "obey". Hebrews 12:1 Take this ministry for instance. The LORD called me to "Empower First Responders to live for Christ". That is the call. How I implement it is a balance of God's guidance and my surrender and  to His authority even though I was given the responsibility to "do" and the autonomy to do it.  I understand that, He set me out to run a race. He gave me the ability to "run" (do the ministry), the desire to run, and the track to run on. He did not place me in the position to set the "pace". I have autonomy to "do" what the LORD gives me to do, when He calls me to do it, but not the "authority" to direct it.  He must always remain in front of me. I c
1 comment
Read more 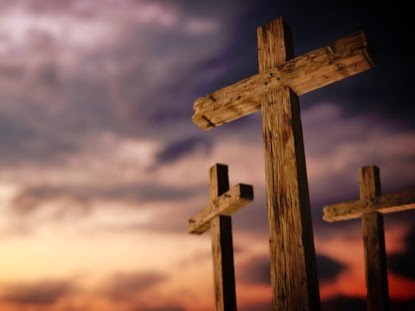 The Old Testament book Isaiah is one of the most quoted books in the New Testament.  Isaiah describes the Messiah, Jesus Christ. Isaiah 53:5 tells how the Messiah would suffer for the sins and immoral behavior of man. Jesus suffered a great deal so that you and I could be released from the bondage of sin and have eternal life with Him. Today is Good Friday a day commemorating the day Christ was  betrayed, put on trial and crucified. Spend some time reflecting all that Jesus sacrificed for you. Think of how you might live a life that reflects your gratitude for His sacrifice. May we never forget His torturous death so that you and I might live.
Post a Comment
Read more 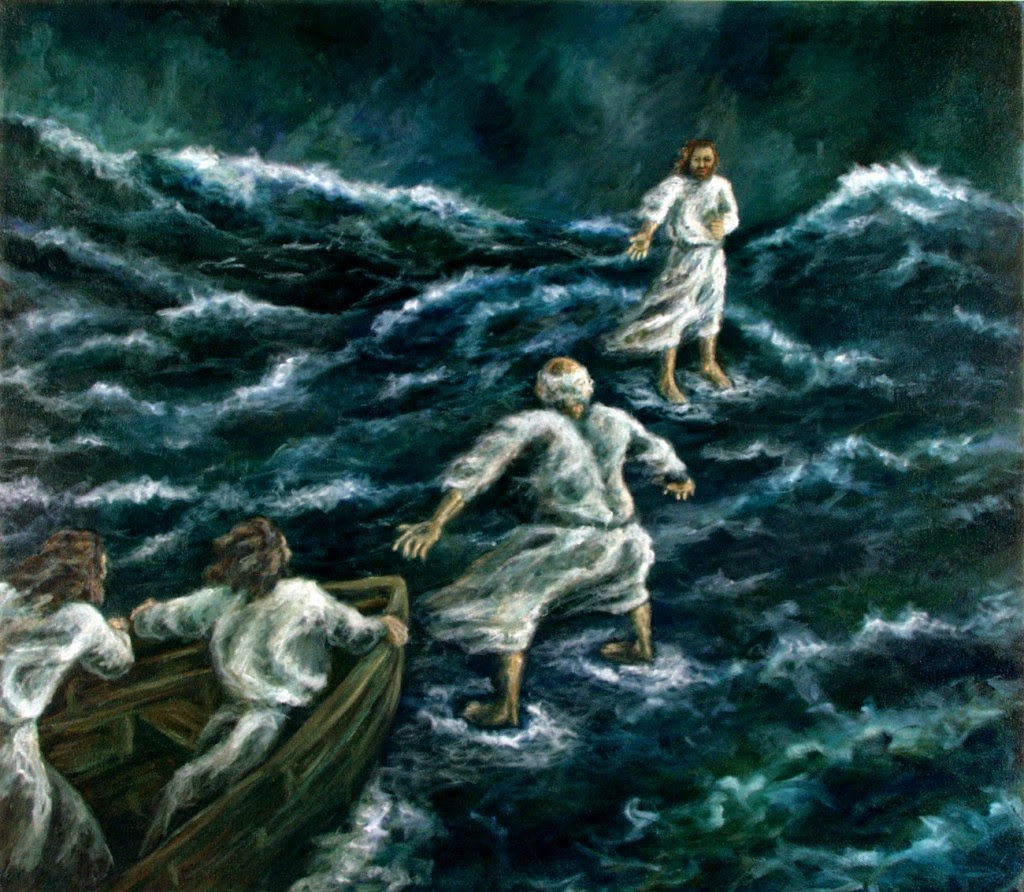 Peter stepped out of the boat... Matthew 14:22-32  22 Immediately Jesus made the disciples get into the boat and go on ahead of him to the other side, while he dismissed the crowd. 23 After he had dismissed them, he went up on a mountainside by himself to pray. Later that night, he was there alone, 24 and the boat was already a considerable distance from land, buffeted by the waves because the wind was against it.25 Shortly before dawn Jesus went out to them, walking on the lake. 26 When the disciples saw him walking on the lake, they were terrified. “It’s a ghost,” they said, and cried out in fear.27 But Jesus immediately said to them: “Take courage! It is I. Don’t be afraid.”28 “Lord, if it’s you,” Peter replied, “tell me to come to you on the water.”29 “Come,” he said. Then Peter got down out of the boat, walked on the water and came toward Jesus. 30 But when he saw the wind, he was afraid and, beginning to sink, cried out, “Lord, save me!”31 Immediately Jesus reached out h
1 comment
Read more

Will Reagan & United Pursuit - Through And Through (Live) 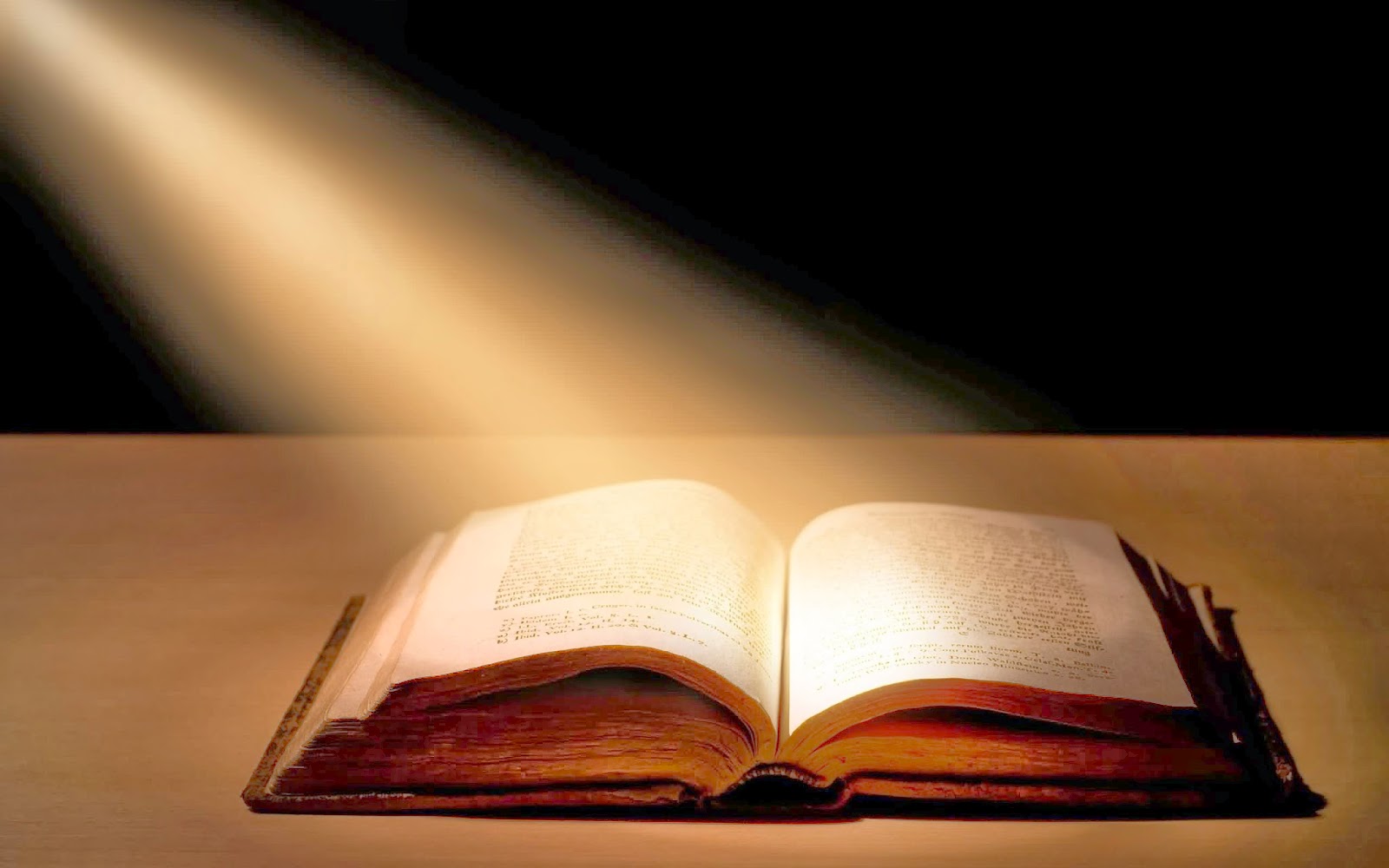 In health care it is important to provide a "seamless" flow of continued care for patients, from the time treatment begins to the time optimum health is reached. This is provided by having a care plan.   This "flow" is important so that a patient receives the most necessary, most efficient care over time. Also, it provides direction to reach the goals set that provide optimum patient outcome.   This is termed "continuity of care".   One of the goals is to provide trust in the patient/provider relationship.   At anytime, but especially difficult times, Christians must have an unwavering "trust" in God. When seeking Him, many look to scripture. It is important to know that one can trust the scripture as being infallible. It is valuable as well to be able to relate to it.   In 1 Timothy 3 we learn that all scripture is God breathed, or inspired. Even though men had the responsibility to write it, they were inspire by God himself. Another v
Post a Comment
Read more
More posts

Responding To The Call