Acting Out Your Faith 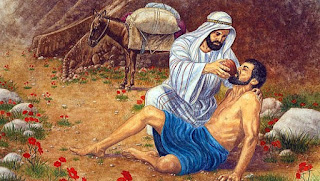 “Greater love has no one than this, that one lay down his life for his friends.”
John 15:13

The early concept of resuscitatng persons whom suffered sudden death was developed in 1740 by the Paris Academy of Sciences. Through its  recommendation of mouth to mouth breathing, the academy developed the practice to help resuscitate drowning victims. In 1767, the Society for the Recovery of Drowned Persons, became  the first organized effort by civic minded citizens in Amsterdam to respond to sudden death. This theory became so popular, that is spread throughout Europe. Hamburg Germany passed an ordiance in 1769 providing notices to be read in churches describing assistance for drowned, strangled, or frozen victims.  In 1891, Dr. Friedrich Maass performed the first documented chest compressions on a human. In 1956 doctors Peter Safar and James Elam developed mouth to mouth resuscitation. It was 1960 before cardiopulmonary resuscitation (CPR) was developed. Since then CPR has been promoted by the American Heart Association and the American Red Cross as the sole means to empower civilians to respond to victims of sudden death.

What role does the church play as a propagator of resuscitation both in the natural sensce and spititual sensce? Who deligated the responsibility of being available to your “neighbor”?  Luke 10:25-37 accounts Jesus’ description of how to “act out your faith”.   In the parable of the Good Samaritan, Jesus implies the responsibility of the disciple to “be available” to your fellow man. By serving others, a believer is allowed to develop the understanding of his/her role as a follower of Christ because one learns to pair knowledge learned in the scripture with the practice of what the scripture teaches.

Christ taught by example how to make yourself available with knowledge and practice to resuscitate the heart of man back to God. CPR is a great tool to learn the very practice of being a Good Samaritan. What greater example of expressing God’s love than laying down ones life for another?